Origin: Tableware
Until the expansion of industrial porcelain and earthenware (a phenomenon that began in the nineteenth century and was not generalized until the twentieth century, as well as the idea of a set of crockery of the same type and decoration), traditional crockery has been very basic: a few dishes, not very deep or very flat, for any type of solid food, semispherical bowls of different sizes for the most liquid foods, some oval trays larger than the dishes, and some jug for drinks.

Reinterpretation:
The design for the Bat tableware is based on the shape of the glazes and enamels that were made in the ancient pottery. More specifically in the form that a liquid generates on the surface of an object when it is submerged. This is one of the methods for enameling ceramics but what has been wanted to emphasize is the bib generated by this enamel. This bib was made to save enamel material since it was very expensive and thus waterproof the areas that were in contact with the liquids. The result of this immersion in enamel is a bib that stands out against the ceramic background. 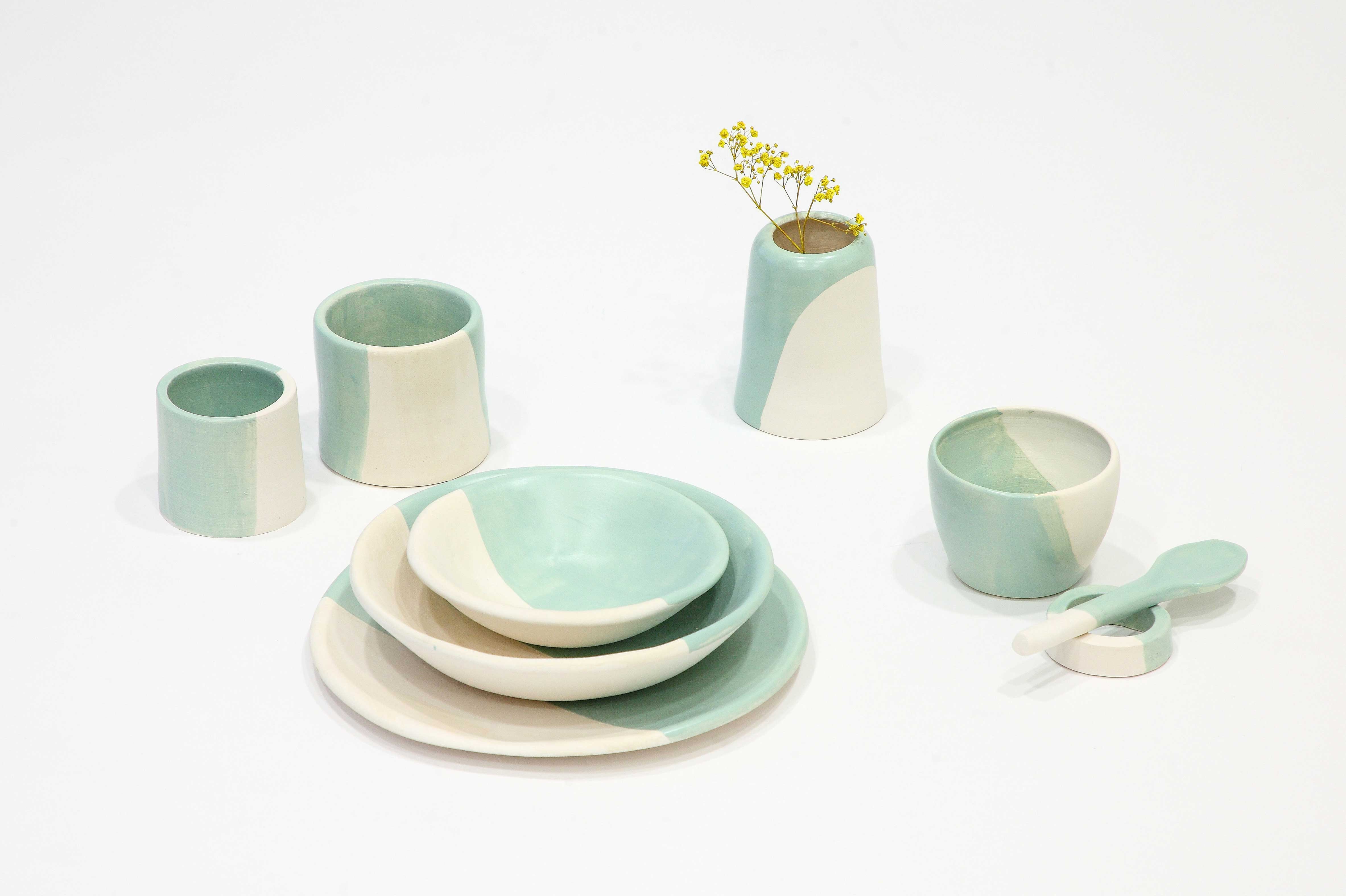 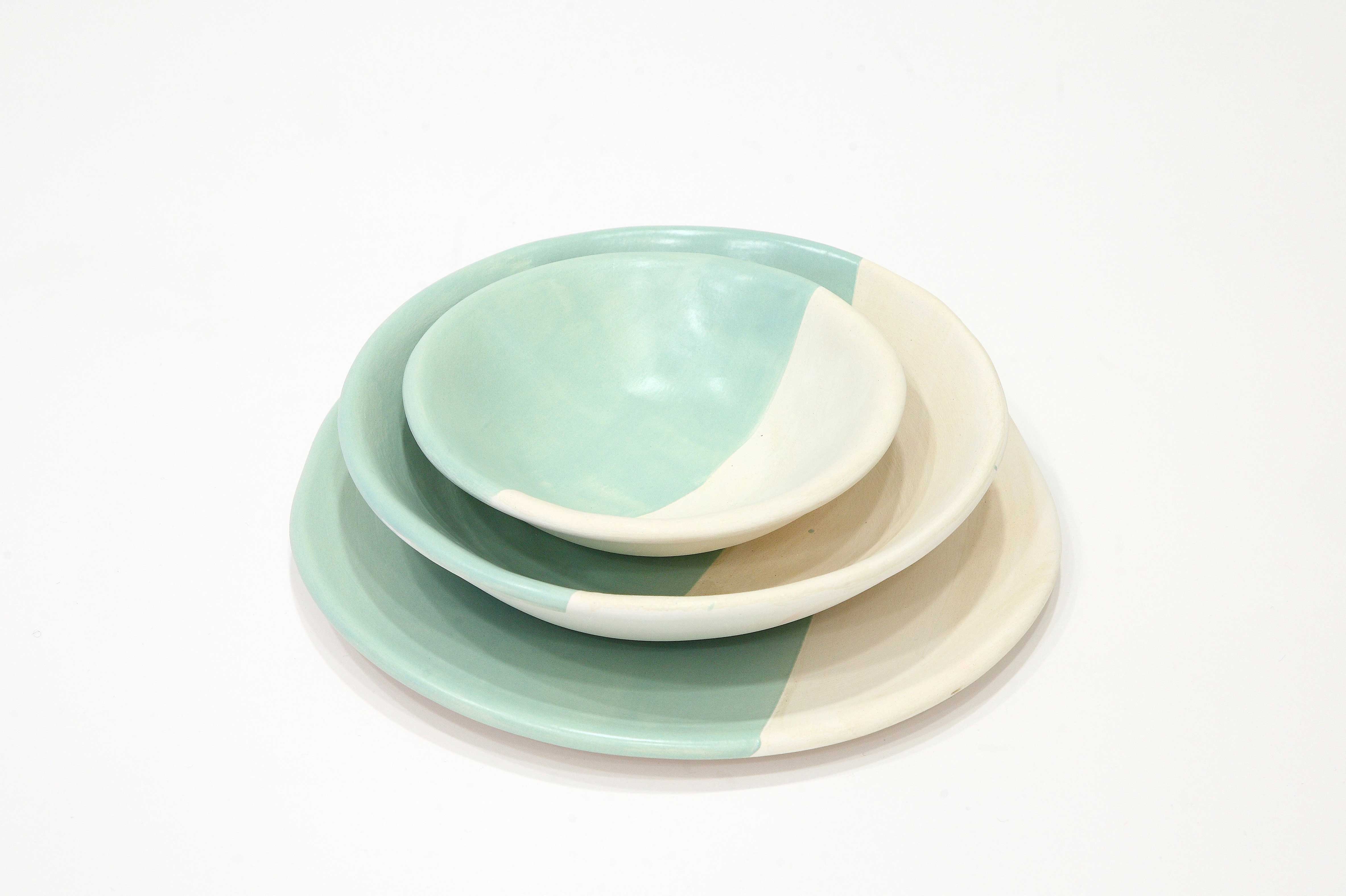