Origin: Bench
Long wooden seat (for two or more people), composed of four legs and a backrest. Often the lower part was used to store objects as a chest, or to raise chickens and capons, with a latch like a grid. When the bank has a high and compact backrest to avoid currents, and/or is accompanied by a small folding table, it is called a bench (zizeilu), and has been a characteristic furniture of the Basque and Pyrenean kitchens in general.

Reinterpretation:
During the day of the Basque Design Project, the design of a bank was proposed using insignis pine boards supplied by Muebles Lufe. In the past, wooden benches had a double function. Apart from sitting, the lower part was used to store objects as a chest, or to raise chickens and capons, with a latch like a grid. After reflecting together, it was decided to design a bank that would act as a coat hanger for the entrances to the house. Moving one of the pieces becomes a bank that doubles the number of seats. You can store shoes in the lower space, hang clothes on the side, sit down to take off your shoes or leave small objects as keys on the small shelf. 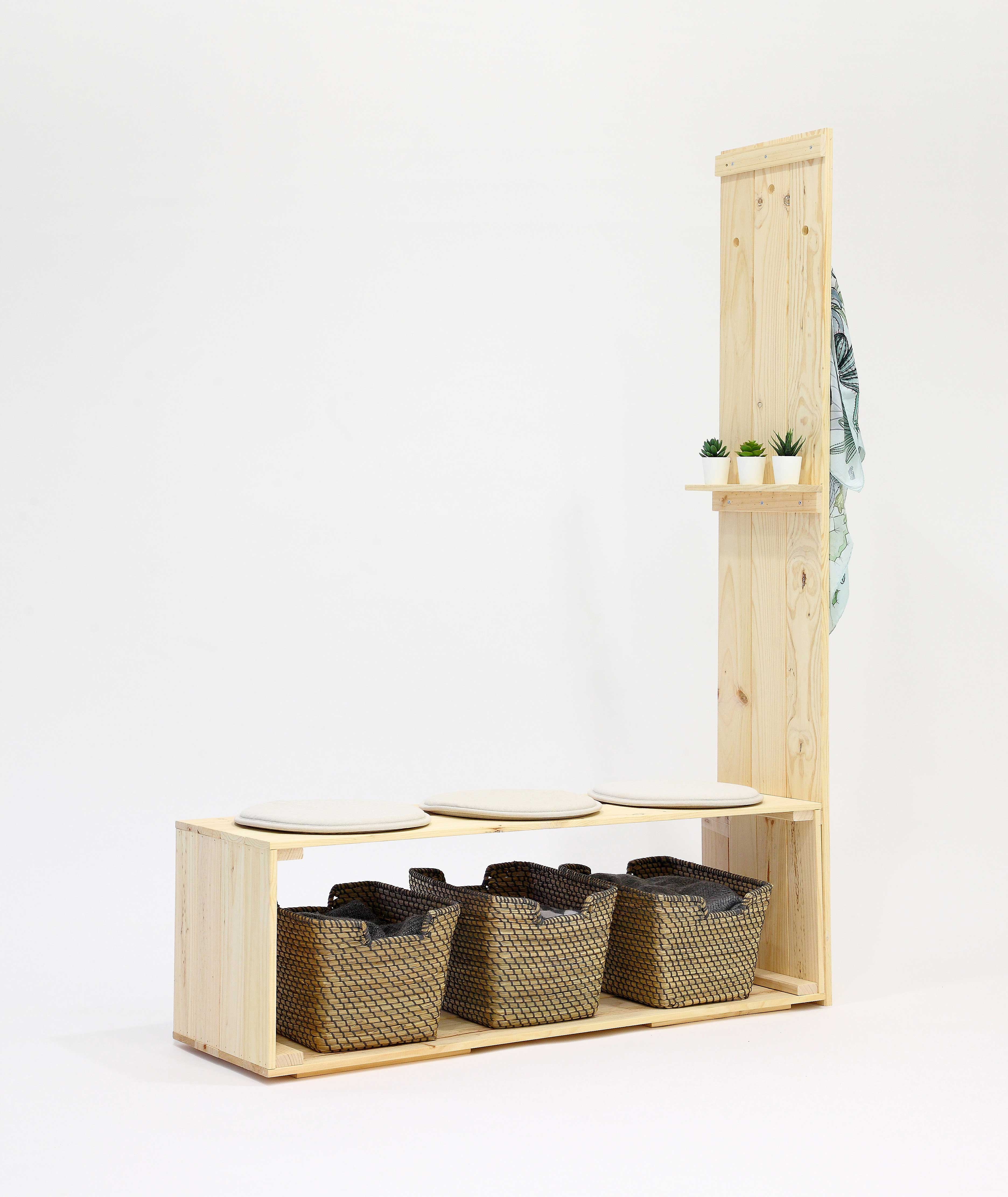 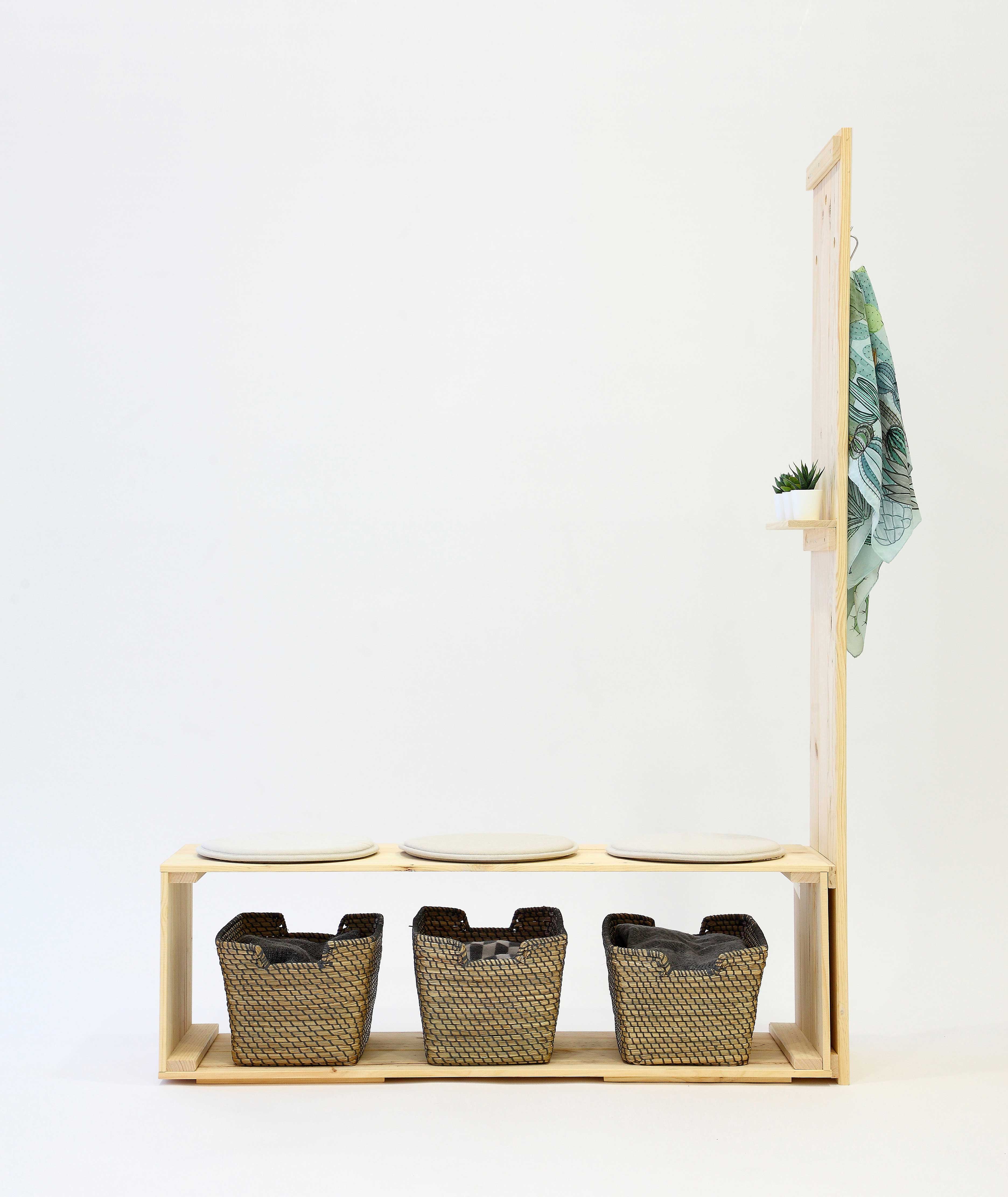 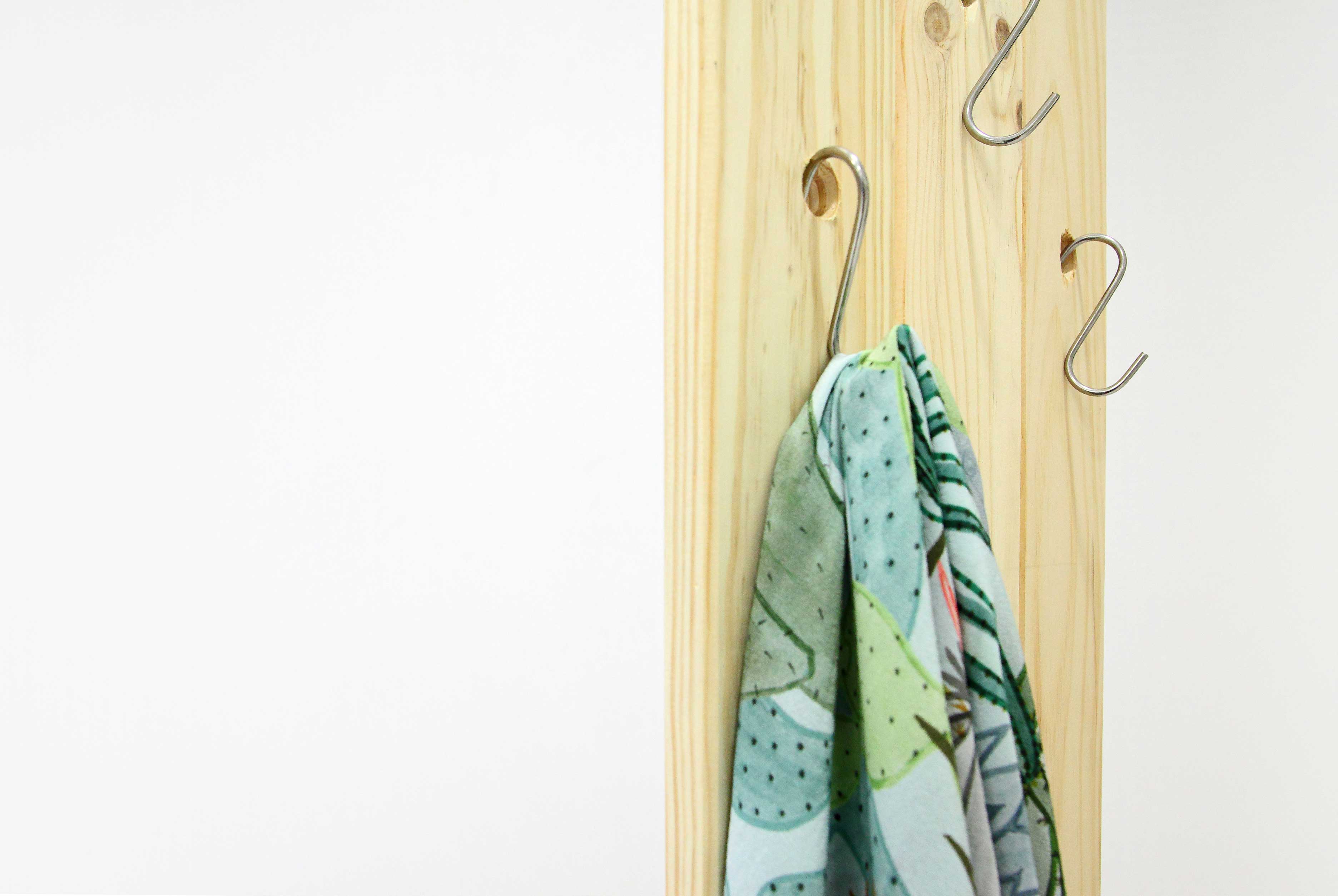 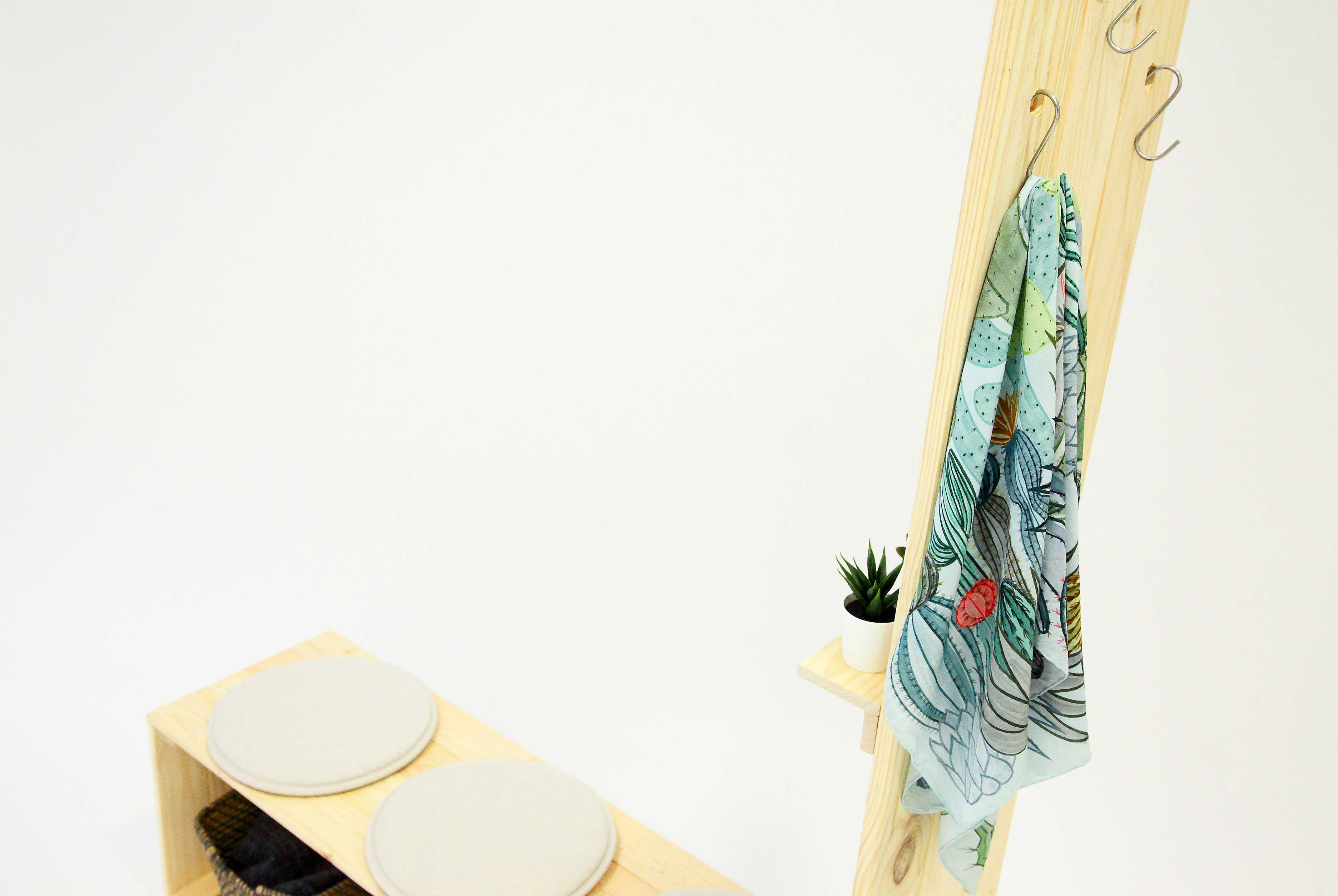