Origin: Solar disks
The term solar disk is used for decorations carved in a circle on wood or stone (furniture, stelae, lintels …). Although there are many types, basically consist of a motif that is repeated in more or less arms from the center to the outer part: crosses of three, four, six, eight and more arms, usually with a curved that produces a sensation of movement, to the right or to the left; In fact, it is usual that when it comes to two circles in parallel one “look” for one side and the other for the other.

Reinterpretation:
The tray is inspired by the iconography used in the old “Kutxas”, which were wooden boxes carved in bas-relief, with traditional motives that were used to store valuable objects, the trousseau, the grain … after a process of reflection together with the people who attended the Basque Design Project workshop and after seeing several boxes in Gordailua, it was decided to create a simple design tray in which only the simplified graphics of the classic iconography used in the boxes were marked, the place where the plate and glass could go in a decorative and orientative way. The tray is made with natural wood veneer and treated with resins and Bakelite inside. 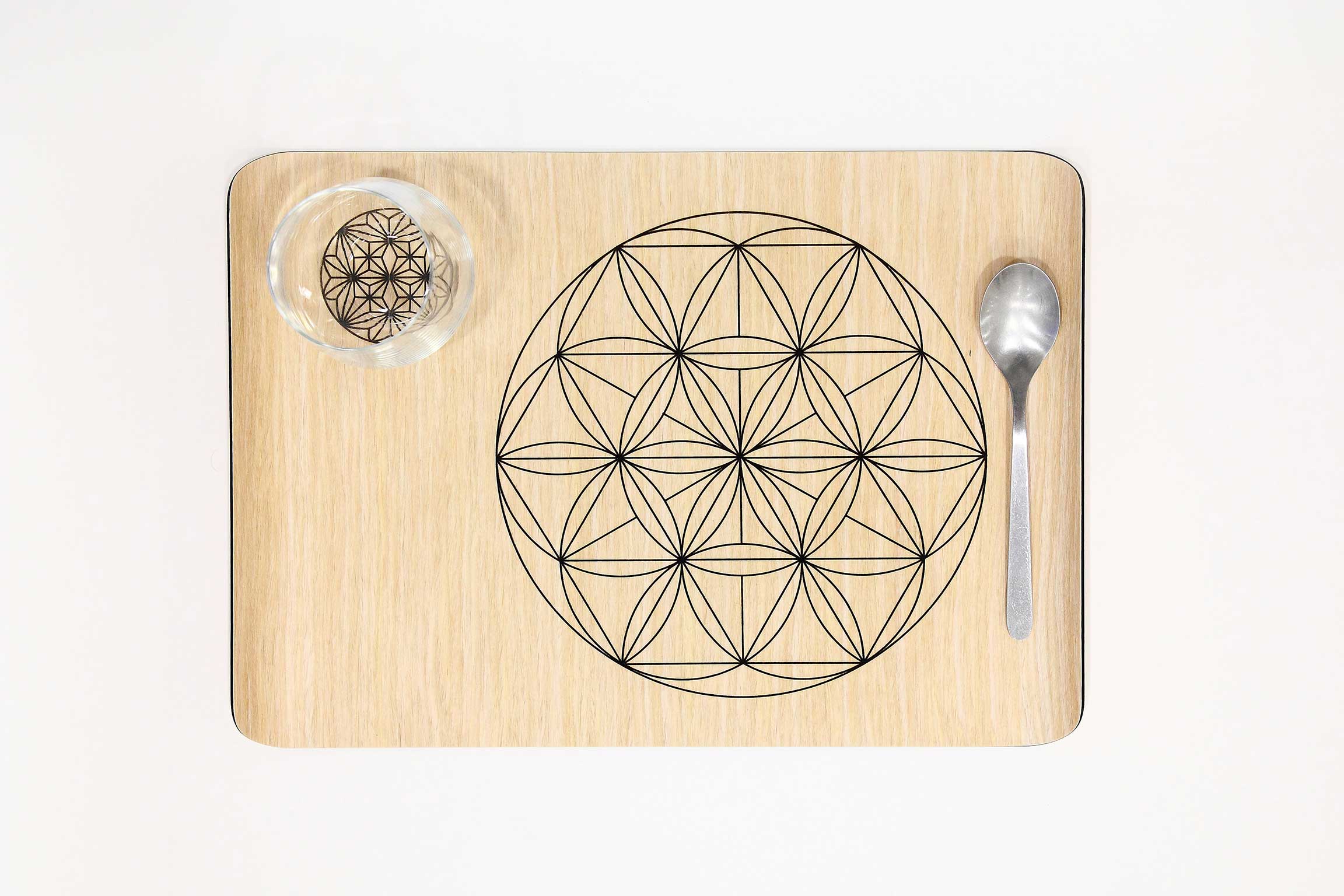 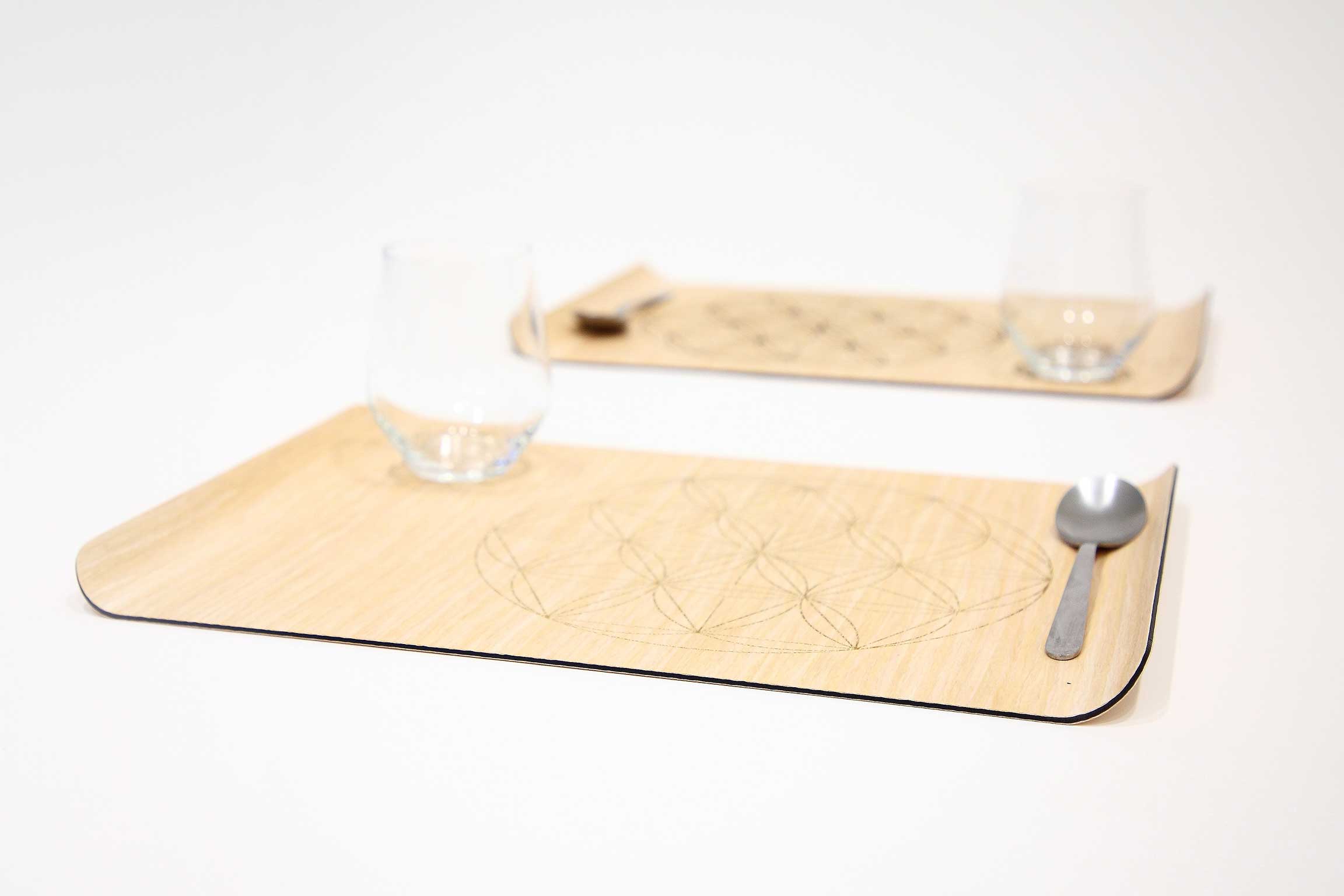 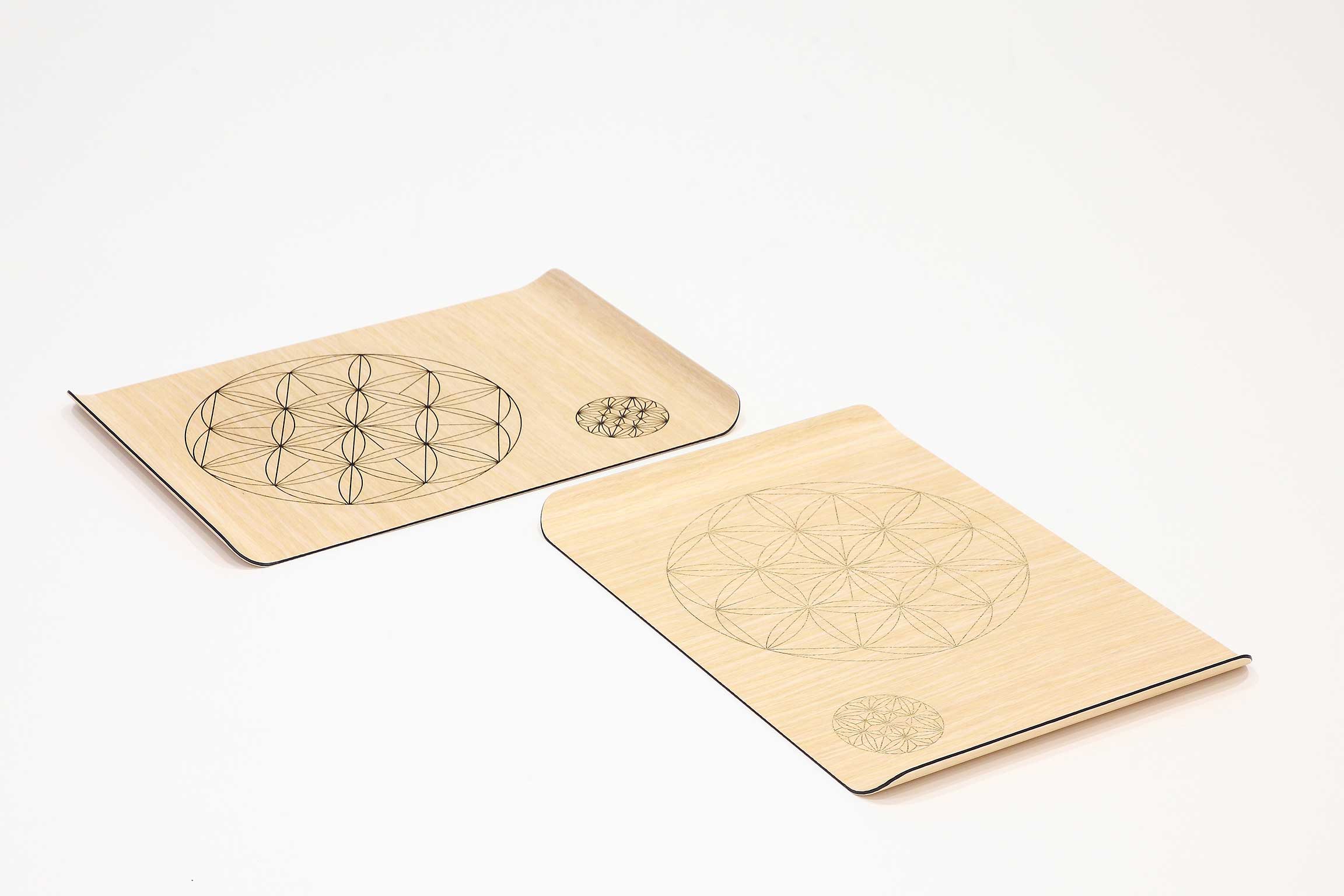 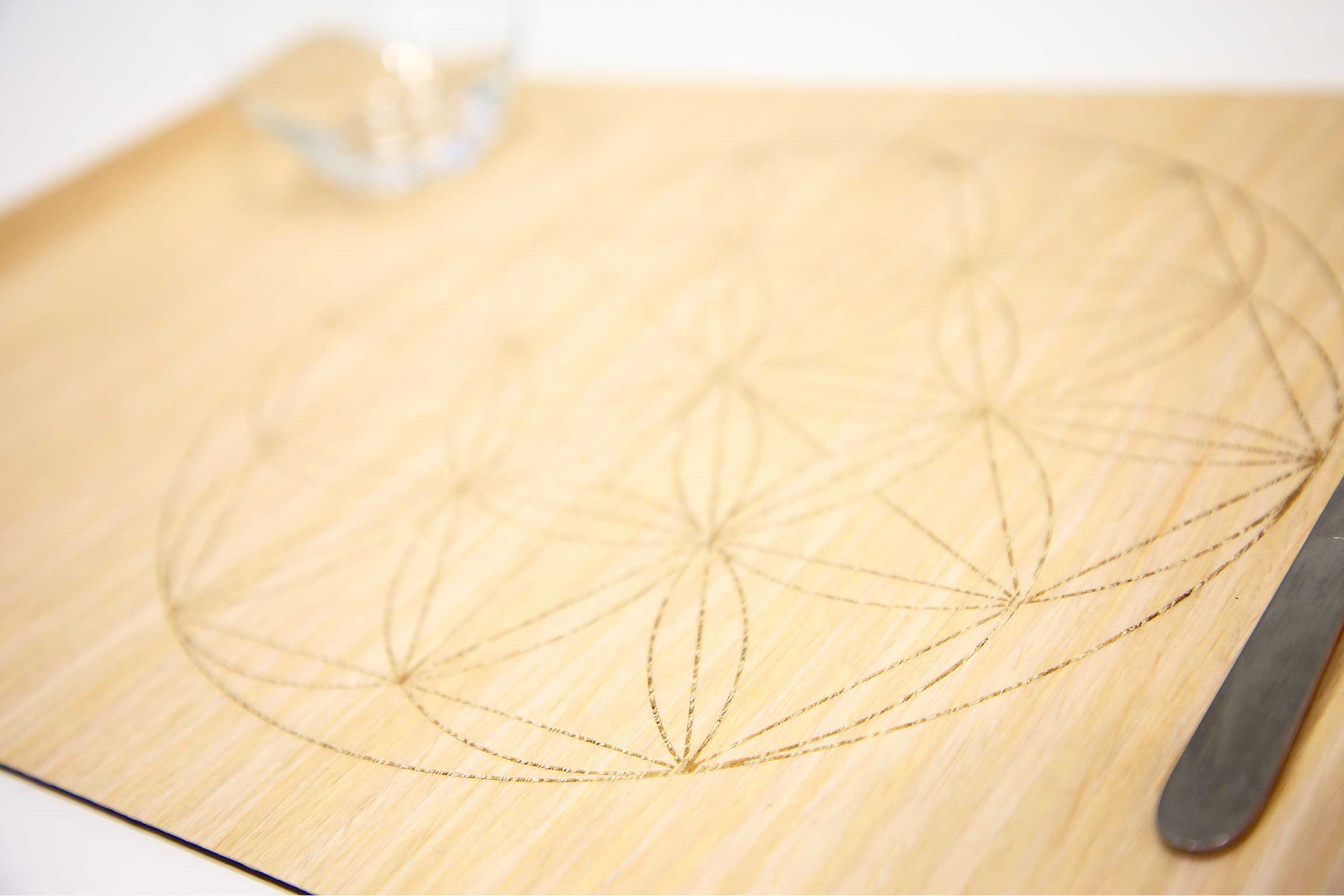