Origin: Technique of “lañado”
It consists of joining a crack in a ceramic container to join two pieces already separated or to avoid that it ends up breaking completely. With a specific drill, small holes are made parallel on both sides of the crack, without going through the entire ceramic wall. They put a kind of iron staples, or in your case a whole wire rack, and close the holes with a mortar so that the staples do not come loose. In the case of the wiring, in addition to protecting the cracks and the piece in general of possible blows, it facilitates that the lateral heat of the low fire is distributed over the whole surface, with which the interior is cooked better and the risk of new cracks by the difference of heat on both sides.

Reinterpretation:
The lañado is a technique with centuries of tradition that, by means of metallic “staples”, served to recompose pieces of broken ceramics and to lengthen its use. During the day of the Basque Design Project the idea of the “staple” was taken as “constructive system” to gather different elements. Thus several ideas were obtained, one of them the modular pot. Two basic modules were designed that, making reference to the staples of the lañado, by means of flanges, they could be united and thus form the modular pot of variable length. The water storage and exit systems were included within the piece itself. A prototype printed in 3D terracotta color imitating the color of red clay has been manufactured. 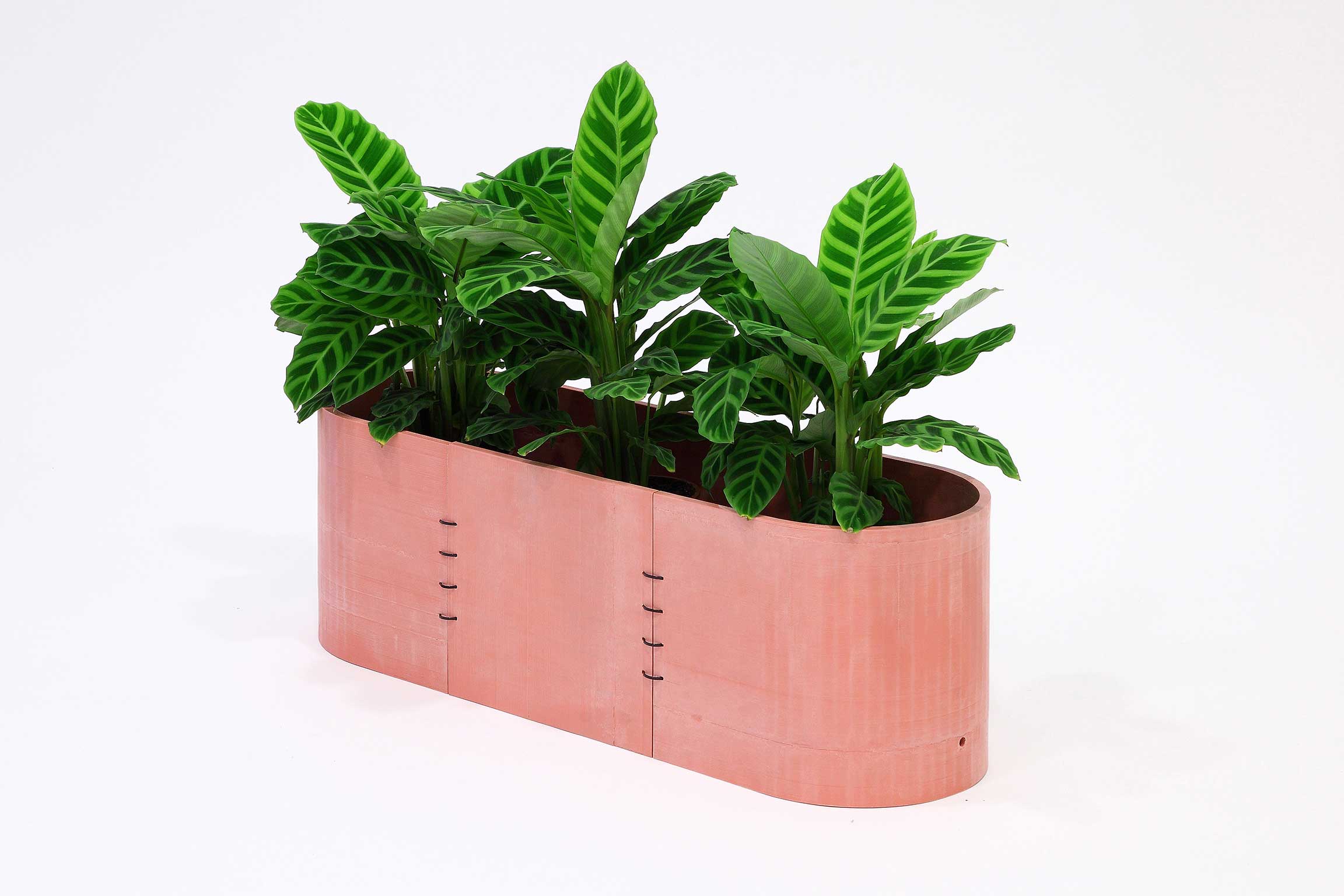 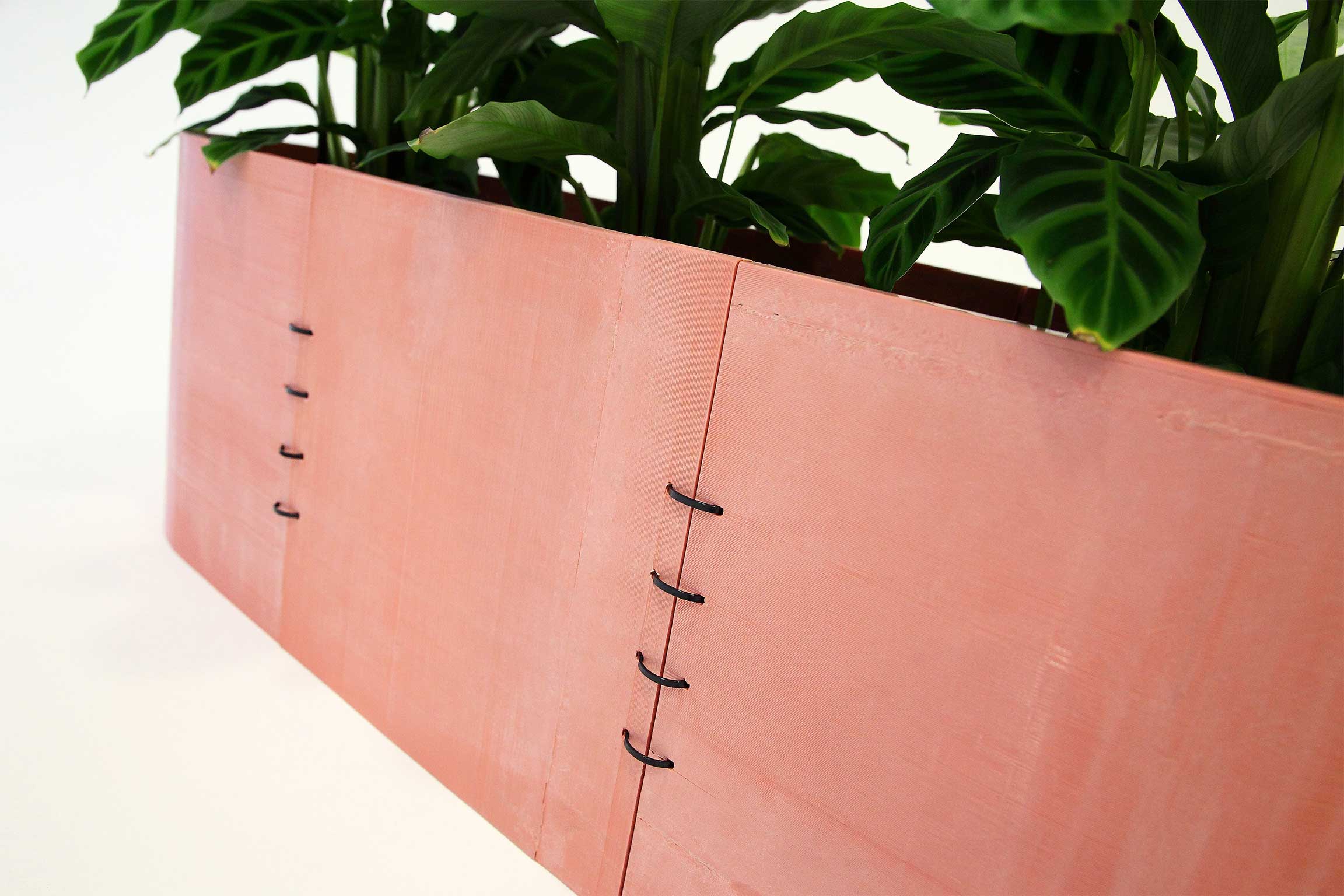 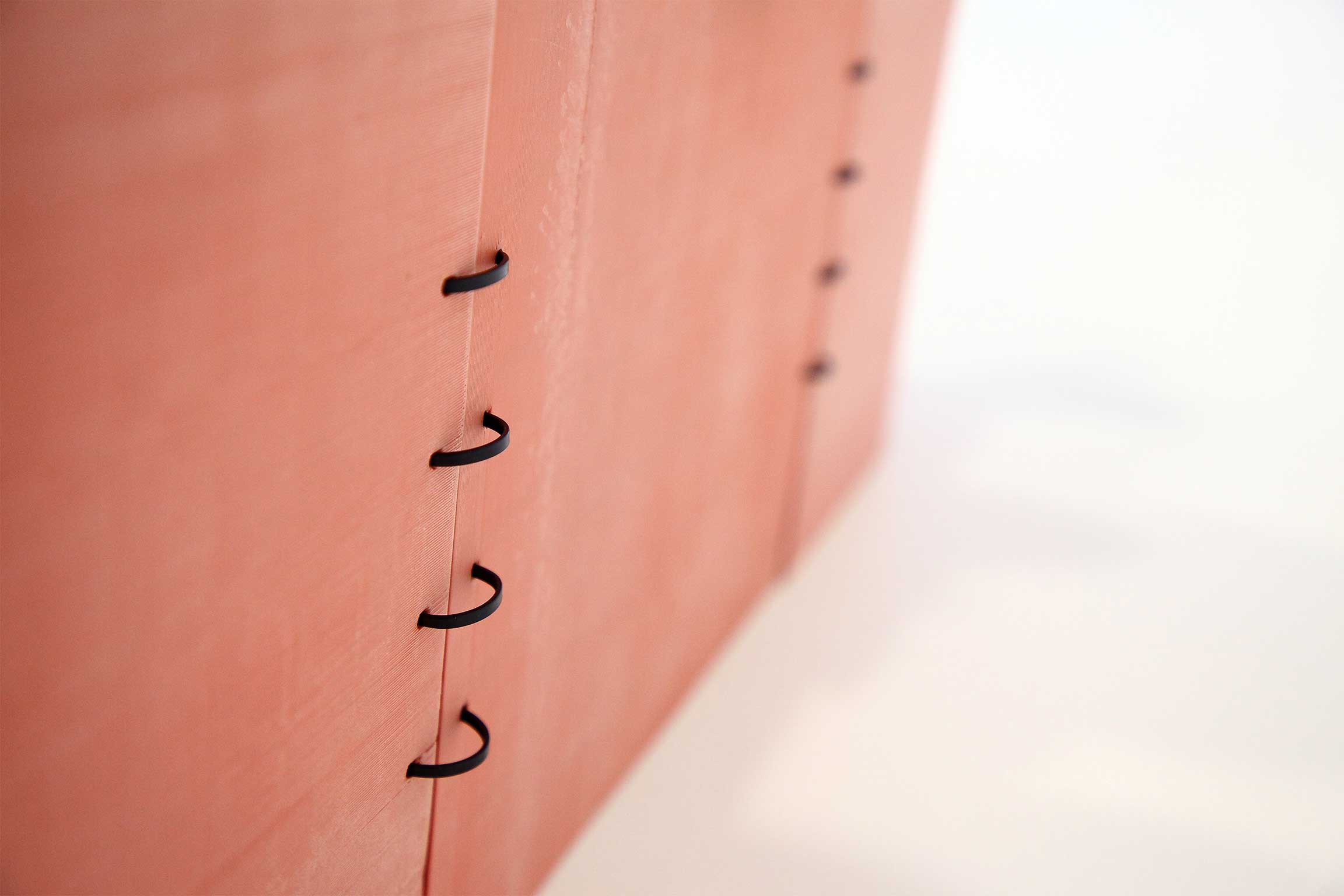 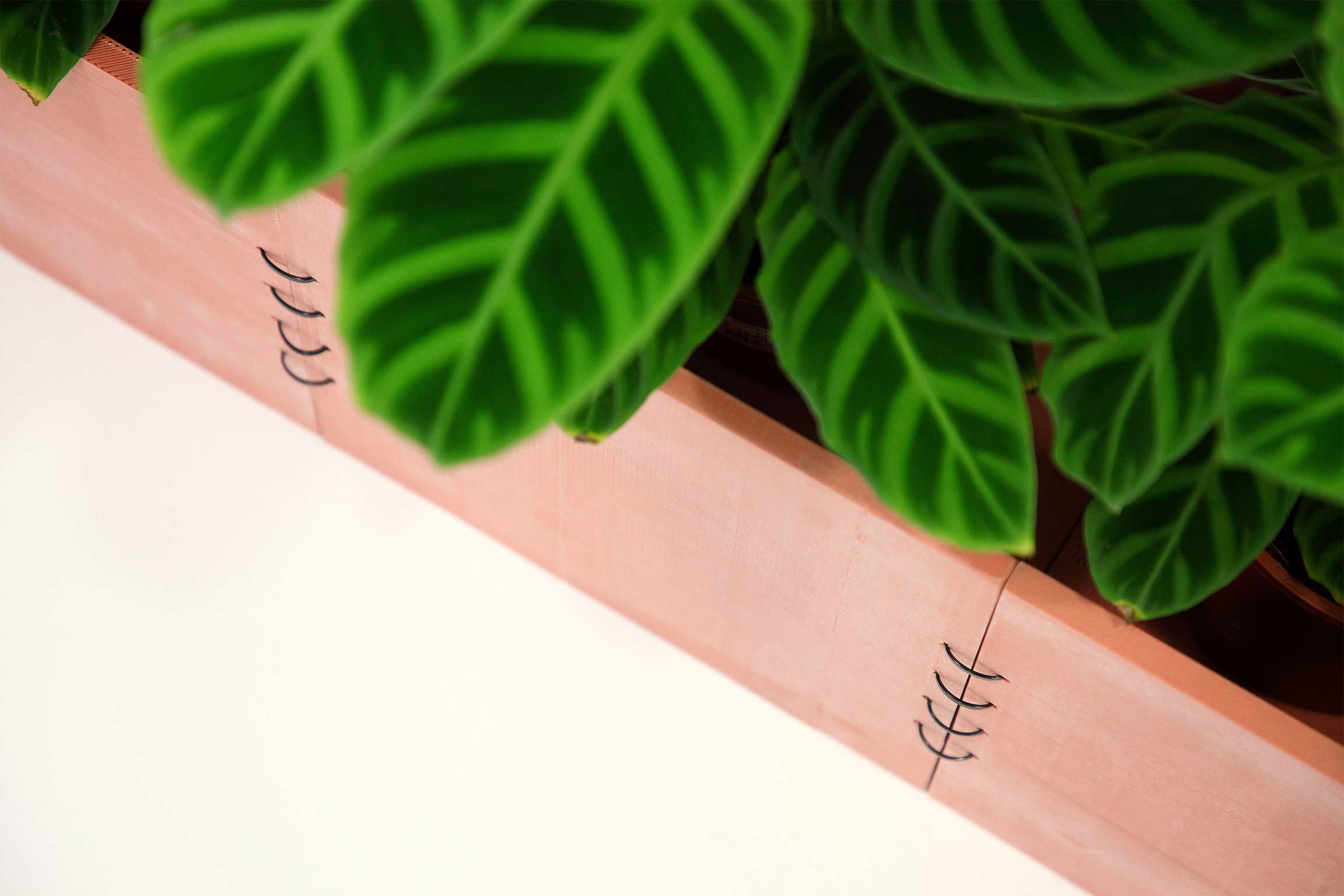