Origin: Grill
Iron grid, square or round, on which food is placed on the fire. Usually formed by parallel bars, sometimesç crossed or in a circle (if it is round), and usually has a handle and “legs”: side bars that curve down, or a base to which it is fastened by a rivet as an axis, especially circular ones, so that it can turn on itself.

Reinterpretation:
In the past the iron grills were used to hold the potç next to the fire. These were square or round and were joined by parallel plates. With this piece, we wanted to move this old piece to today through two trivets of smaller dimensions than his predecessors. 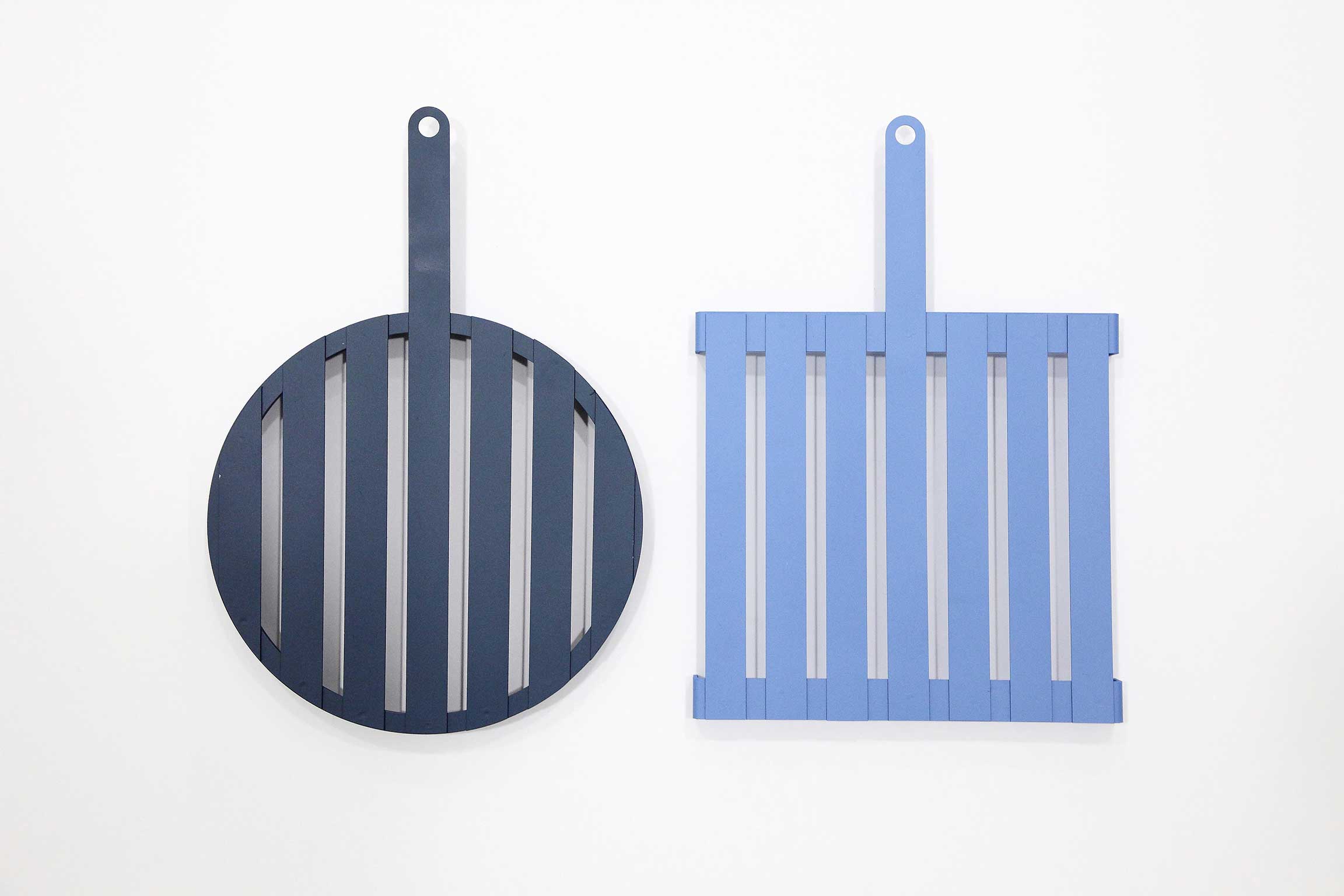 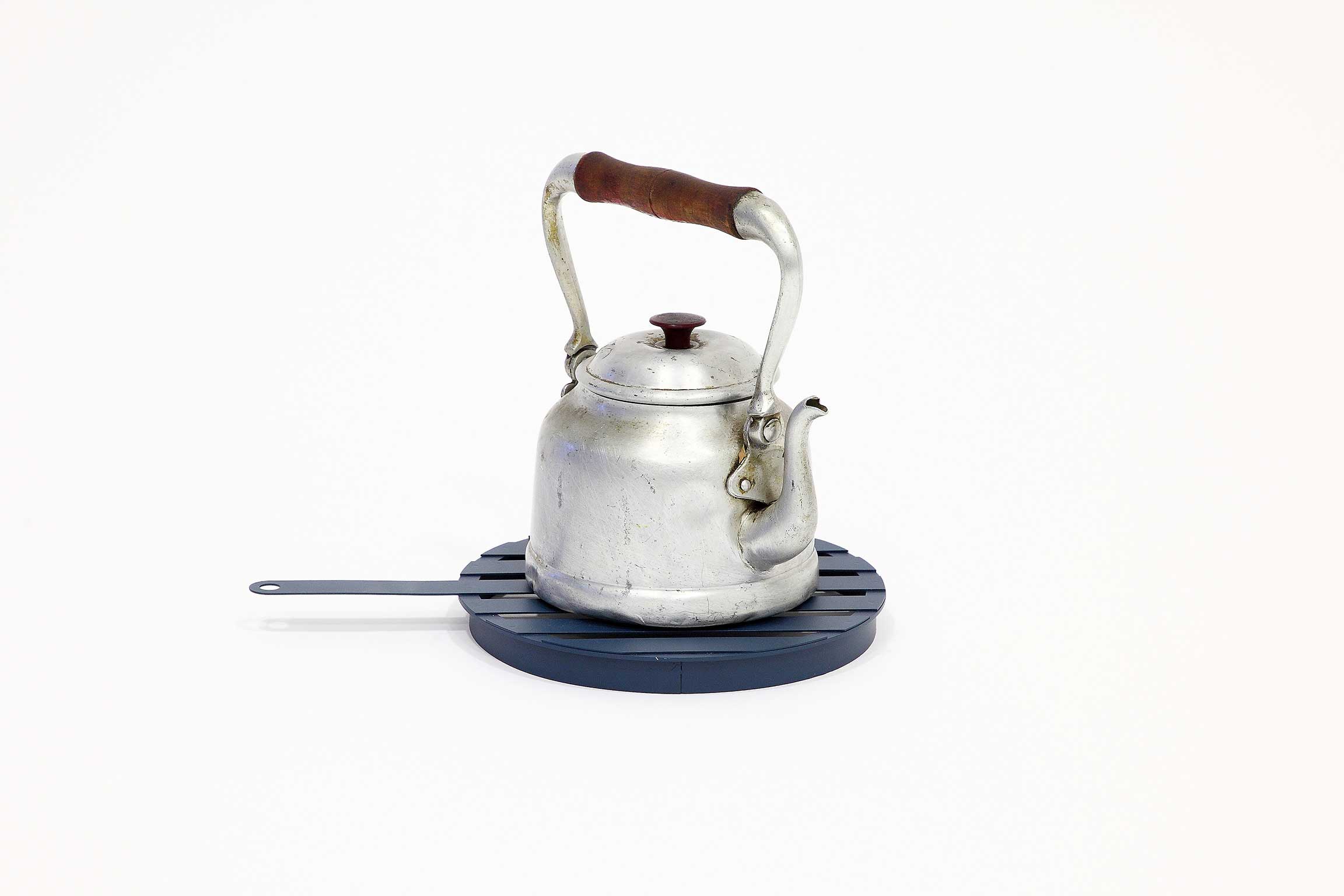